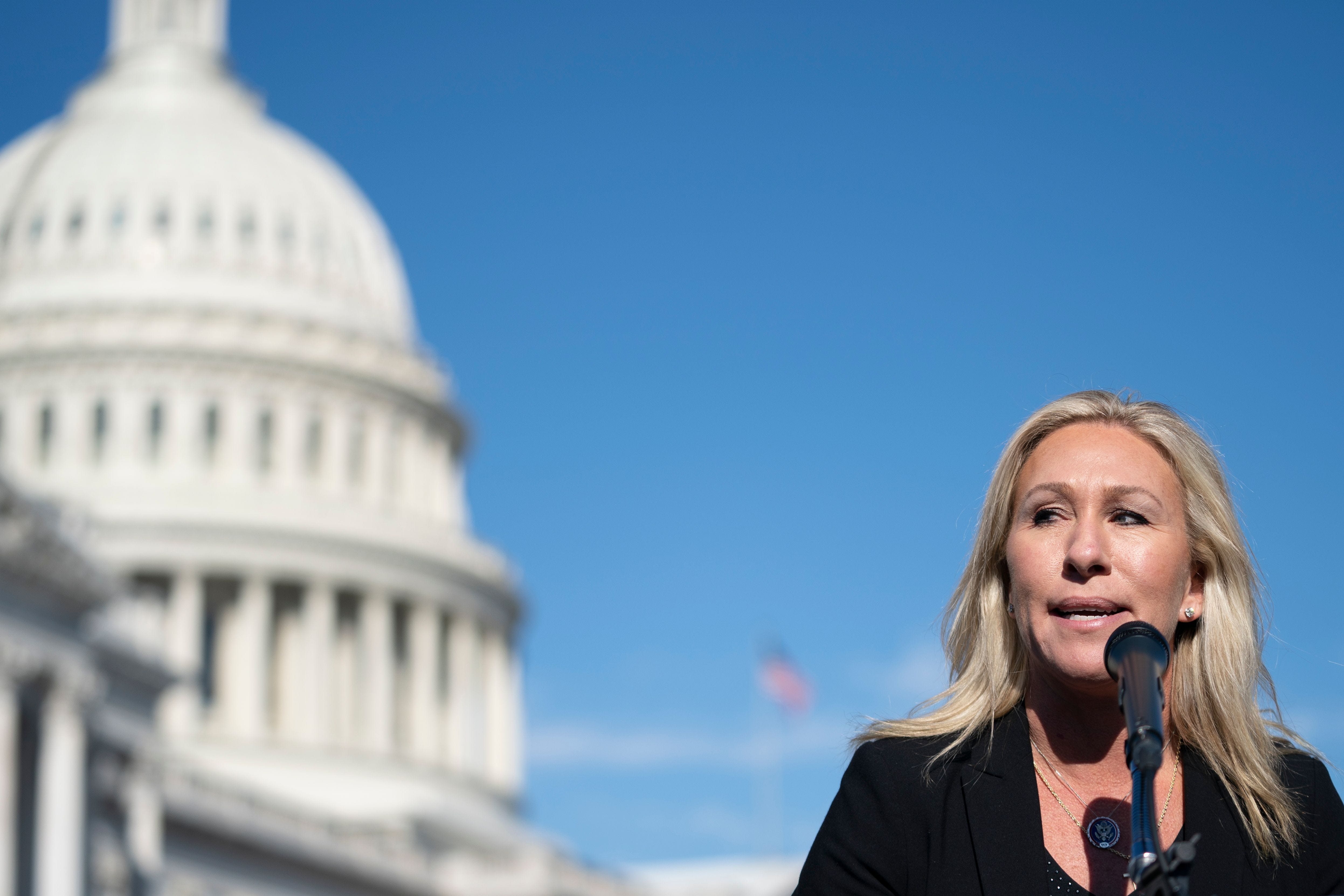 Before the chamber started proceedings, she made a motion to adjourn, a procedural move that makes every lawmaker come to the floor and vote for or against keeping Congress in session that day.

Her attempt failed when 40 Republicans joined all Democrats in voting against her effort, which delayed the House’s business for roughly one hour. The House ultimately debated, and passed, the stimulus bill, which Greene opposed.

This wasn’t the first time Greene has forced an adjournment vote on a day the House is taking up legislation she dislikes. Wednesday marked the fourth time in recent days Greene has moved to adjourn.

Greene made motions for adjournment in protest when the House took up H.R. 1, a sweeping voting reform bill, and the George Floyd in Policing Act. She made attempts to adjourn in February before the House voted on the Equality Act, sweeping legislation prohibiting discrimination on the basis of sex, sexual orientation and gender identity.

“This Congress is ramming through unbelievable things at a rapid pace. This must be stopped. We have to give pause and consideration to what we are doing,” Greene said from the House floor Wednesday. “This is a waste of money and a complete waste of time. Reopening America is a much better way to go. Mr. Speaker, I ask for a motion to adjourn.”

The House stripped Greene of her assignments to the Education and Labor Committee and the Budget Committee in February for a litany of incendiary, conspiratorial and menacing social media posts before she was elected.

After Greene was booted form her committee assignments, she argued she’d now have “more time” to obstruct Democratic legislation.

“I woke up early this morning literally laughing thinking about what a bunch of morons the Democrats (+11) are for giving some one like me free time,” Greene tweeted the day after, referencing the 11 Republicans who voted with Democrats to strip her of committee assignments.

However, the repeated delays aren’t getting support from all Republicans, with some voicing frustration at the delays.

In fact, the number of Republicans who have voted against her motions to adjourn have increased each time she has brought one to the floor.

Republican Reps. Jaime Herrera Beutler, Dan Crenshaw, Greg Pence and Virginia Foxx were among those who voted to kill her motion to adjourn Wednesday.

More:Takeaways from the COVID-19 stimulus bill passing Congress: Weeks of partisan fighting comes to an end with a win for Biden

Crenshaw, a Republican from Texas, told CNN Tuesday, “I am not voting for any more motions to adjourn. These things are the games that both sides play. I’m not a fan of it from either side.”

Rep. David Cicilline, D-R.I., told reporters Wednesday he is “dead serious” about proposing a rule to limit motions to adjourn to only those members who are sitting on a committee.

More:A culture war has been brewing at the Capitol for years. Now it’s at a boiling point.

Greene has been unfazed by the criticism she has received for her procedural road blocks.

On another motion to adjourn last week, Greene tweeted about some Republicans who were frustrated by the move: “Some GOP members complained to me that I messed up their schedule. I’m not sorry for interrupting fundraising calls & breakfast.”

USA TODAY reached out to both Minority Leader Kevin McCarthy and House Speaker Nancy Pelosi’s offices for comment on Greene’s calls for adjournment.

A communications spokesperson pointed USA TODAY to a comment that Drew Hammill, Pelosi’s deputy chief of staff, told CNN earlier Wednesday, in which he said McCarthy “has lost control.”

'Do not travel' list: The US State Department is raising the alert level for most countries due to COVID

What Jurgen Klopp said about Ousmane Dembele in 2018 hints at...

'Do not travel' list: The US State Department is raising the...

Covid fears: Expert who predicted virus timeline claims ‘there will be...