Home U.S Raccoon is axed on 'The Masked Singer,' after Wildcard Orca makes a...

Spoiler alert! The following contains details from the March 24 episode of “The Masked Singer,” including the identity of the unmasked celebrity.

The “A”s have it. Or, at least most of Group A does, save the one who was eliminated from this week’s episode of “The Masked Singer.”

Wednesday, Niecy Nash filled in as host once again, for Nick Cannon, who was sidelined by COVID-19 during production. In addition to the usual clue packages, the show’s in-house investigators – Ken Jeong, Jenny McCarthy, Nicole Scherzinger and Robin Thicke – and guest panelist Joel McHale also combed for clues in challengers’ self-portraits.

Raccoon, Robopine, Russian Dolls and Seashell weren’t alone in their fight to continue in the singing competition. For the first time this season, viewers saw the introduction of a Wildcard, a celebrity who entered the vocal throwdown after the challenge had started. Did Orca sink or swim? Here’s how it all went down.

‘Masked Singer’ premiere:Snail is slugged by competition, revealed to be Kermit the Frog

Clues: One of the Russian Dolls spoke about a medical emergency in their clue package. “I was rushed to the hospital, and there was no guarantee I’d ever be the same,” the contestant said. But, as it turns out, “The trauma actually made us (the Russian Dolls) even stronger, and now we don’t take anything we do together for granted.”

On the stage, two dolls began performing “Wonder” by Shawn Mendes and stunned the judges when they were joined by a third Russian Doll. Their self-portrait showed a duplicate image of a doll behind the wheel of a vehicle.

Guesses: McCarthy thought of the band Lady A, while Thicke, on a similar track, went with Sugarland. Jeong guessed the surviving members of The Jackson 5, while McHale wondered if the dolls could be Boyz II Men.

Clues: In his clue package, Raccoon said he started out as a fighter and eventually became a boxing champ. He revealed he got his start in Hollywood when he was asked to share his sparring skills with a leading man.

Raccoon hoped to catch fire with his own take on Johnny Cash’s “Ring of Fire,” which entertained the judges. Following his performance, his self-portrait showed him surrounded by flying bats.

Guesses: Thicke envisioned “Who’s the Boss?” star Tony Danza, while Scherzinger thought of “Rocky” star Sylvester Stallone. McCarthy believed actor Jon Voight could be beneath the costume. But we think the odds are in “Machete” star Danny Trejo’s favor.

Clues: Robopine revealed in his clue package that he’s “been in a funk lately.” He also said that while growing up in Costa Rica, he never dreamed of stardom. Superheroes and a lightning bolt are emphasized.

Robopine’s performance of “All of Me” by John Legend made Scherzinger cry. Robopine continued showing his vulnerability when describing his self-portrait, which featured a spider. The contestant said he used to fear them.

Guesses: Scherzinger wondered if singer Jason Derulo could be inside the costume, while Thicke believed it could be “Blade” star Wesley Snipes. Jeong threw out comedian Eddie Murphy.

Clues: Seashell’s clue package took inspiration from the animated short “Marcel the Shell with Shoes On” and highlighted a camera, baseballs, bagels and a stopwatch sat at two minutes.

After Seashell belted out “Confident” by Demi Lovato, she explained her self-portrait, which showed a swirling tornado that included a microphone, dumbbell, bowl of food and book. The items reflect Seashell’s many occupations and hobbies; she said she wears “many hats.”

Clues: Welcome, Wildcard! Orca’s clue package took place at an eatery named Orca’s Piehole, which sells lemon pizza, orange pizza and pumpkin pizza. Orca explained the homage to a pizza parlor, and said “pizza shaped my life.” At 24, Orca said he was “closer to becoming a punchline than achieving my goal of becoming a big star,” and added he used pizza boxes to conceal his audition tape, which he delivered all over town.

Following his well-received Twisted Sister’s “We’re Not Gonna Take It,” Orca shared a self-portrait that featured him on a surfboard and an aircraft in flight. 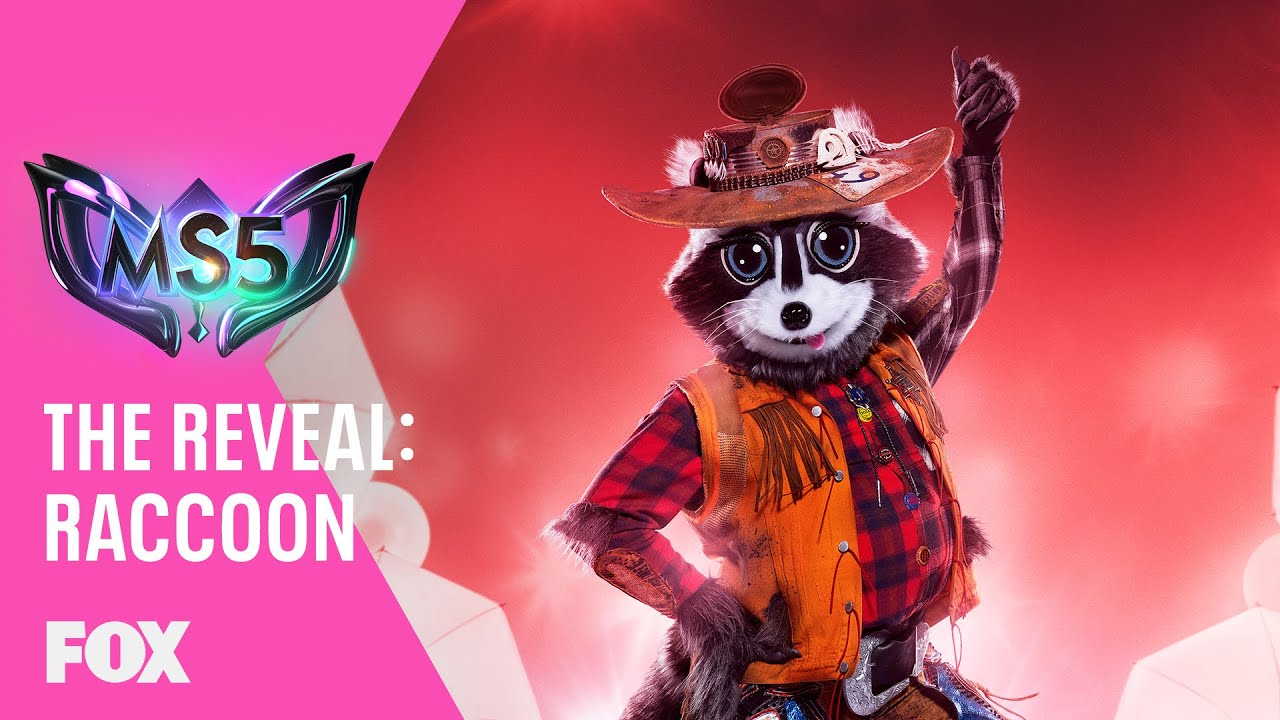 Despite his zeal for performing, Raccoon got the boot. That meant the panel’s first impression guesses for the contestant were revealed: Jeong initially thought of boxer Mike Tyson but changed his prediction to actor Danny DeVito. McCarthy swapped Oscar-winner Dustin Hoffman for fellow actor Gary Busey, who was, coincidentally, Scherzinger’s first guess. Instead of Scherzinger reverting to her initial instinct, the singer stuck with Stallone. Thicke, who originally envisioned DeVito, kept his previous guess of Danza, and McHale agreed.

Raccoon was revealed to be Danny Trejo. Despite being defeated, the actor and restaurateur said he still felt like a champion.

Episodes of “The Masked Singer” can be viewed on Fox’s website.

Pandemic anniversary:How COVID-19 changed how TV was made, and what we watched

The Internet says to 'check in on your Black friends.' It's more complex than that.

The Internet says to 'check in on your Black friends.' It's...

Mario Draghi's Bitcoin vow dismantled by Lagarde: 'Not our responsibility!'