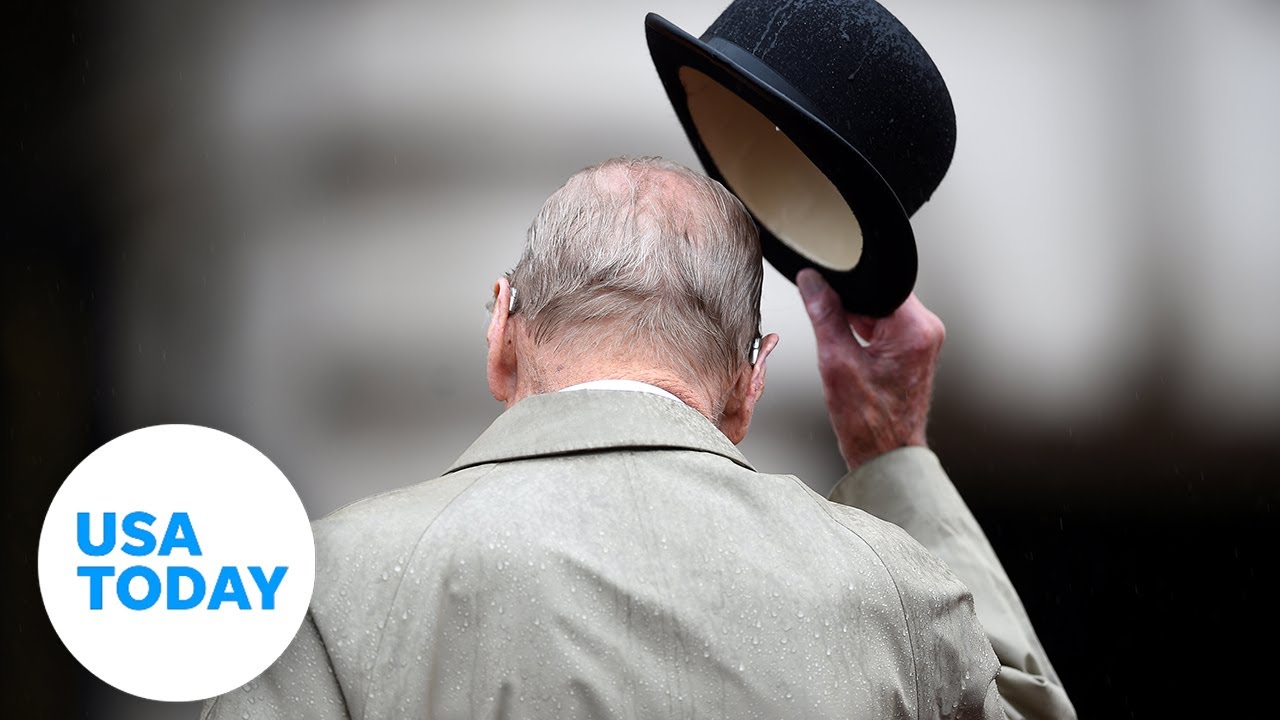 A week after his death, Prince Philip is being laid to rest Saturday with a funeral fit for a royal, but within the confines of Britain’s COVID-19 pandemic rules and in the “no fuss” manner the Duke of Edinburgh requested.

Queen Elizabeth II, accompanied by a lady-in waiting, wore a mask and rode in a state Bentley at the rear of the procession.

Regiments and units with links to Philip lined the route as his coffin was carried to St. George’s Chapel for the funeral service, while military bands played hymns and classical tunes.

Hundreds of troops marched into the grounds of Windsor Castle for the royal ceremonial funeral for Queen Elizabeth II’s husband of 73 years, who died April 9 at age 99.

More than 700 servicemen and servicewomen from the army, navy, air force and marines are to perform ceremonial roles in the funeral procession, reflecting Philip’s Royal Navy service and ties with the military.

They include soldiers of the King’s Troop Royal Horse Artillery, who will fire a gun salute, Guards regiments in scarlet tunics and bearskin hats, Highlanders in kilts and sailors in white naval hats.

Due to pandemic restrictions, only the royal members of the family are allowed in the chapel for the service. In attendance are the queen, her heir Prince Charles the Prince of Wales, his sons, Prince William Duke of Cambridge and Prince Harry Duke of Sussex, Charles’ and William’s duchess wives, Camilla and Kate, as well as Philip’s three other children, Princess Anne the Princess Royal, Prince Andrew Duke of York, and Prince Edward Earl of Wessex. Anne’s husband, Vice Admiral Timothy Laurence, and Sophie Countess of Wessex are also in attendance.

The queen sat alone in the quire of St. George’s Chapel during the funeral of her husband.

Other royals who are in family bubbles sat together.

The service began with Archbishop of Canterbury Justin Welby entering the chapel ahead of the coffin, followed by Philip’s children and three of his eight grandchildren, as a four-member choir sang “I am the resurrection and the life.”

Though still elaborate, the duke’s final sendoff, which he helped devise, is much reduced from the usual ceremonial funeral (like the Queen Mother’s in 2002 and Princess Diana’s in 1997) as a result COVID-19.

Prince Philip funeral:Who’s going? What to expect from the royal family

Prince Philip’s funeral on TV: When is it? More pressing questions, answered

The Duke of Edinburgh’s coffin was placed on a customized Land Rover he helped design and is moving from the State Entrance of Windsor Castle to St. George’s Chapel as his children and grandchildren walked behind in formation: Prince Charles and his sister Princess Anne together, then Prince Andrew and Prince Edward, Prince William and Prince Harry, separated by their older cousin Peter Phillips, Vice Admiral Tim Lawrence and the Earl of Snowdon, and members of the duke’s staff will bring up the rear of the procession behind the coffin.

More:Why did Prince Philip’s Land Rover carry his casket? The story behind the strange hearse

Princes Harry and William’s separation by their cousin minimized the chances of any awkward moments between the brothers, who have faced strains in their relationship since Harry’s decision to step away from royal duties last year.

All of the family members taking part in the funeral procession for Prince Philip are wearing civilian clothes, not military uniforms, in accordance with the wishes of Queen Elizabeth II. This is meant to make things less awkward for Harry and Andrew, both of whom actively served in British forces (Harry in Afghanistan, Andrew in the Falklands) but lost their roles after stepping back from royal duties in recent years.

The half-mile route was lined by military personnel from all services, guns fired from the East Lawn every minute throughout and a bell tolled in one of the towers at the west end of the castle. After a national minute of silence, Philip’s coffin was met by the Dean of Windsor, the Archbishop of Canterbury at the West Steps of St. George’s Chapel and the Royal Navy pipers played “Carry On” as the coffin enters and the doors close behind.

Mother's Day 2021: The best moms from movies and television

Mother's Day 2021: The best moms from movies and television

Diabetes type 2 symptoms: Five IBS-like symptoms that can indicate you...

You can get a ton of Amazon devices on sale ahead...