Home U.S Pops, then 'a stampede': Police in Boulder, Colorado, respond to reports of... 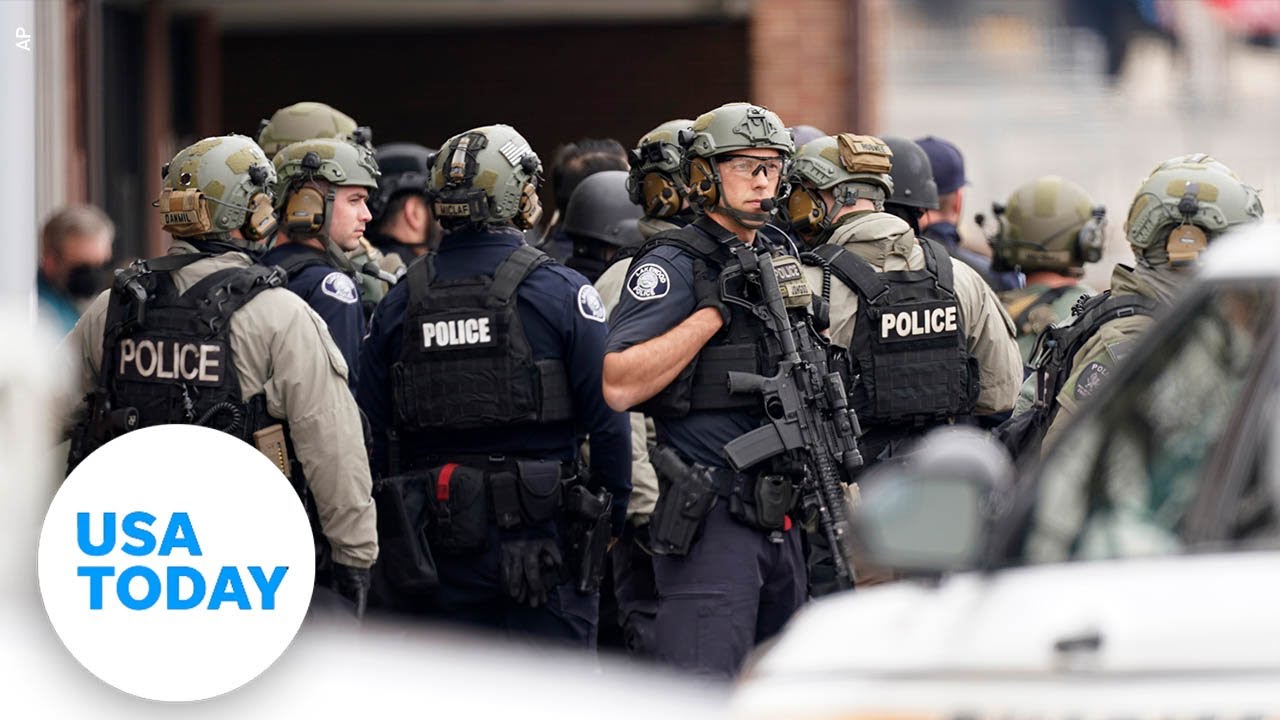 Police in Boulder, Colorado, armed with protective gear and rifles responded Monday to reports of an active shooter at a King Soopers supermarket.

It wasn’t clear whether there have been any injuries or fatalities. The Boulder Daily Camera said at least one person has been hospitalized.

The FBI office in Denver tweeted that it’s assisting in the investigation of the shooting at the request of the Boulder police.

The Boulder Police Department at 2:49 p.m. local time tweeted an alert for people to stay away from the area around the supermarket.

At one point, authorities were heard over a loudspeaker telling someone the building was surrounded and “you need to surrender” and come out with hands up and unarmed.

At 4:18 p.m., police reiterated the warning to avoid the area – “this is still a very active scene” – and asked local residents to stay inside and not to “broadcast on social media any tactical information you might see.”

A shirtless man with blood running down his leg was escorted out of the store in handcuffs by two police officers, a live TV feed showed. An ambulance pulled away from the store, apparently carrying the man.

A man who had just left the store in Boulder, Dean Schiller, told The Associated Press that he heard gunshots and saw three people laying face down, two in the parking lot and one near the doorway. He said he “couldn’t tell if they were breathing.”

James Bentz, 57, told the Denver Post he was in the supermarket’s meat section when gunfire rang out. After hearing what he thought was a misfire, he heard several pops, and “I was then at the front of a stampede.”

Television helicopter video showed law enforcement vehicles and officers massing outside, including SWAT teams, and at least three helicopters on the roof of the store in the southern part of Boulder, about 25 miles northwest of Denver.

Officers had their guns drawn outside, and some windows at the front of the store were broken. TV footage showed officers helping two people to safety.

Hours later, Boulder police tweeted for people to “shelter in place while they respond to report of armed, dangerous individual” about 3 miles away from the store in what appears to be a residential area near downtown and the University of Colorado.

Colorado Gov. Jared Polis said he was monitoring the situation. “My prayers are with our fellow Coloradans in this time of sadness and grief as we learn more about the extent of the tragedy.”

The shooting comes six days after eight people – six of them women of Asian descent – were killed by a gunman at three spas in Atlanta and a nearby county.

Colorado has been the site of high-profile mass shootings before, including the Columbine High School attack in 1999 that resulted in 13 people getting killed – not including the two perpetrators, who died by suicide – and the assault in an Aurora movie theater in 2012 that left 12 dead.

The most notorious U.S. supermarket shooting in recent times took place in August 2019, when a gunman targeting Latino shoppers killed 22 people and injured 26 at a Walmart in El Paso, Texas.

'Really been a struggle': Bill to protect pregnant workers to get House vote. Female lawmakers say it's crucial

NBC's fall schedule: Zero comedies, a third 'Law & Order' but no 'This Is Us'

Jennifer Lopez and Ben Affleck have us wondering: When is texting your ex a good idea?

Where is the Indian variant in UK now?

High cholesterol symptoms: The warning sign in your mouth of elevated...