Paul Stanley is trading in Starchild for “O-o-h Child.”

On new album “Now and Then,” out Friday, the Kiss rocker goes makeup free to sing Motown classics with his band Soul Station, founded in 2015. The project is Stanley’s way of paying tribute to the gospel and R&B artists that he grew up listening to, with jaunty and clear-voiced covers of early ’70s hits including Al Green’s “Let’s Stay Together” and the Temptations’ “Just My Imagination (Running Away with Me).”

How does Soul Station scratch a different itch for you than Kiss?

Paul Stanley: There’s only two kinds of music, and that’s good and bad. So I didn’t find this any different than when I did “Phantom of the Opera” – it’s all music, and it’s music that connects with me emotionally and has for many years. There are people who are surprised by me singing this, but I’m not because I sing it at home. But I did it selfishly, honestly, because all this great music has been relegated to being samples in rap tunes. And that’s all well and good, but by God, we need this music.

The album includes four new songs, including “I, Oh I” and “I Do.” Was it a challenge trying to write in the style of Motown?

Stanley: I’m not Eddie Kendricks, I’m not Smokey Robinson, I’m not Russell Thompkins – I’m not any of those people. It wasn’t about mimicry, it was about getting the gist, the intent and the emotion behind the song. I wanted Soul Station to be rooted in the past, but not live there. I thought it was important to bring the music to the present without making it “new and improved,” because it doesn’t need to be improved. I just wanted more of it. So when I hear “I, Oh I” or “I Do,” those songs capture something that I loved in those classic songs without me sitting down and trying to consciously (recreate them). 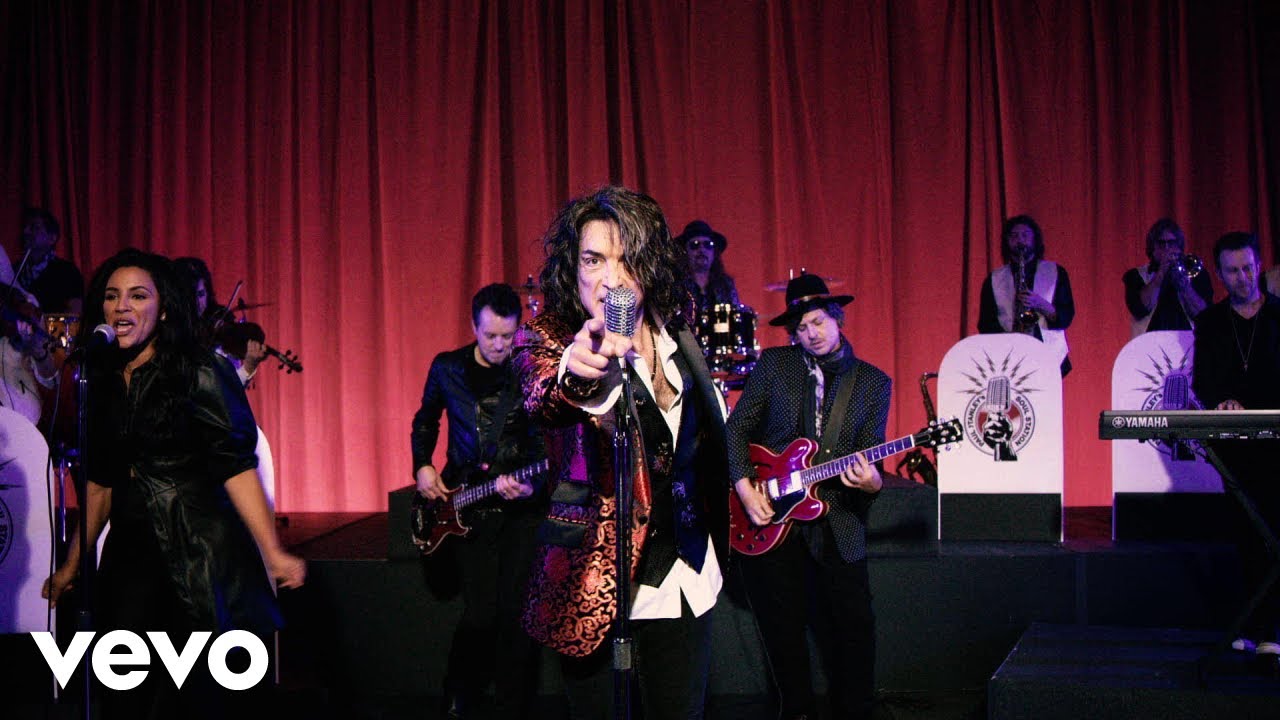 Kiss’ “Destroyer” turned 45 earlier this week. How do you look back on that album now?

Stanley: I did that album as a young adult and here I still am. It was a real learning experience working with (producer) Bob Ezrin because we were just kids from New York. He treated us like the idiots we were, but idiots with great potential. That album was pivotal for us. It certainly caught a lot of people by surprise because it didn’t sound like (1975 breakthrough) “Alive!” We came up with a cinematic album, something that sounds like an IMAX film. I’m very proud of it. It’s not a coincidence that our set list still contains more “Destroyer” songs than any other songs.

Although you wrote “God of Thunder,” Gene Simmons wound up singing it. Do you regret that or was it the right move?

Stanley: Oh gosh, I was devastated. I was broken. I brought the song in and I thought it was this signature song for me. We brought in a producer for many reasons, and one of them was to be the tiebreaker between Gene and I, because there certainly were times where Gene and I were at odds. So I played “God of Thunder” and Bob goes, “That’s great, Gene is singing it,” and we go on to something else. And I’m just there shattered. In hindsight, it couldn’t have been a better move. It’s such a character-defining song for Gene and he did it so great. Sometimes you’re lucky to be wrong. 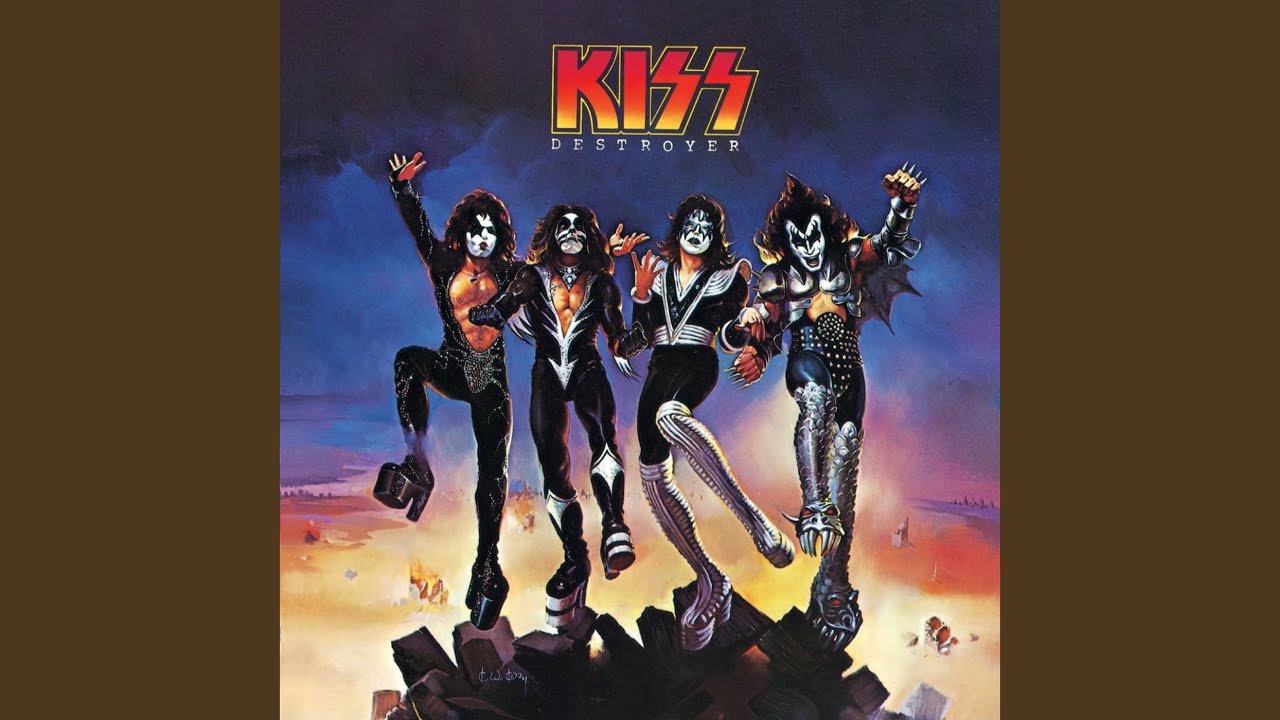 Have there been any talks with Gene about more Kiss music? (The band released its last studio album, “Monster,” in 2012.)

Stanley: I don’t really see a reason for it, to be quite honest. For the most part when classic bands put out new albums, they’re looked at and listened to and thrown away because they don’t have the gravitas, they don’t have the age that comes with something being a time capsule or being attached to a certain period of your life. I’m not alone in that. When you see any classic bands on TV or if there’s a concert video, turn off the sound and I’ll tell you every time they’re playing a new song because the audience sits down.

So it’s odd to me that people always want you to do a new album, but then they go, “That’s great, now play your hits.” So honestly, at this point, there isn’t a real reward in it. There’s much more of a reward in changing lanes – I’m still going forward. But in terms of recording more Kiss material, I kind of go, “Why?” I thought “Modern Day Delilah” or “Hell or Hallelujah” were as good as anything I’ve written and as good as anything we recorded, but understandably, it’s like new wine. It just hasn’t aged. So I’d rather not try to roll a stone up the hill.

Kiss joined the Rock and Roll Hall of Fame in 2014. Who would you like to see inducted this year?

Stanley: The Rock and Roll Hall of Fame has had such a stigma attached to it and rightfully so. It’s been so much of an old men’s club where they pick their favorites in a backroom. And most of them, quite honestly, past the first handful – you ask most people in America who (these artists) are and they’re clueless. So to see it becoming more of a reflection of popularity and influence, that’s a great thing. Foo Fighters are a great, great band. (Iron) Maiden belongs in there. If it wasn’t for Maiden, there wouldn’t be an abundance of bands who sound Maiden-like. Isn’t that what gets you in the Hall of Fame?

One of the smallest black holes — and the closest to Earth so far — discovered. Scientists call it 'the Unicorn.'

Lewis Hamilton vs Max Verstappen: Inside the rivalry as F1 title...

One of the smallest black holes — and the closest to...

How to live longer: Scientist shares seven habits you need to...

A gender reveal party using 80 pounds of explosives made nearby...