Spoiler alert! The following contains details from the April 14 episode of “The Masked Singer,” including the identity of the unmasked celebrity.

For the first time this season, “Masked Singer” host Nick Cannon kicked off the show after a hiatus due to COVID-19. The comedian made a rousing return last week, posing and performing as a “Wildcard,” the Bulldog, before revealing his identity.

In honor of his return, Ken Jeong and Nicole Scherzinger performed a duet for Cannon of Dionne Warwick’s “That’s What Friends Are For.”The two even tailored the lyrics for the emcee.

The show continued to celebrate the host by using a t-shirt cannon to launch Nick “Cannon” clues to the show sleuths, Jeong, Scherzinger, Jenny McCarthy and Robin Thicke, on the identities of the Group A celebrities following the performances. The evening also unveiled the last Wildcard of the season, Yeti.

Here’s how it all went down.

Don’t call it a comeback:Nick Cannon unveiled as Bulldog on ‘Masked Singer,’ returns as host next week

Clues: The team shared that their road to success required hard work. The group performed in parking lots, at softball fields and even pizza parlors, before ending up at the White House singing for the president. The clue package also included a reference to the Snow Owls from last season, married singers Clint and Lisa Hartman Black.

Four dolls took the stage for a rendition of Jason Derulo’s “Want to Want Me,” but only three had mics. Following their performance, the “Cannon” fired out a tee with the text: “What goes around… comes around.”

Clues: Robopine opened up about his ability to bounce back. “I’ve dodged booby traps, and I’ve overcome so many times where my life has nearly crumbled,” he said.  The package also displayed a spray-painted “6,” initials “M M” or “M W ” and a bedazzled chalice with a dollar bill in it.

Robopine impressed the panelists when he crooned Roberta Flack’s “Killing Me Softly.” His “Cannon” clue tee had “AKA” printed on it.

Seashell’s ‘Tell Me Something Good’ is good enough

Clues: Seashell said she’s seen as a role model in her clue package, which also featured a Superhero Supply Store and bottles of “strength supplements.”

“When I was younger, shells like me weren’t given many opportunities to be seen but I fought the current that flowed against me,” Seashell explained.

Her version of “Tell Me Something Good” by Rufus and Chaka Khan wowed the panel and thanks to the additional tip from the Nick “Cannon,” the panel was a step closer to finding out the star’s identity. Her t-shirt read “Motown.”

Guesses: McCarthy brought up musical artists Ashanti and Mýa. Scherzinger predicted “Hustlers” actress Keke Palmer could be inside the costume. Meanwhile Thicke, feeling the opposite of “Clueless,” guessed Alicia Silverstone.

Clues: Orca’s clue package paid tribute to his hero, his late father. “I always looked up to my dad and when I told him I was gonna be a dad too, it brought him so much joy,” Orca said. “Even though his health was deteriorating, he became laser-focused on the baby’s baptism.”

After singing Poison’s “Every Rose Has Its Thorn,” Thicke and Orca connected over the loss of their dads. (The panelist’s dad, “Growing Pains” star Alan Thicke, died in 2016.) Orca also revealed he’s father to 10-year-old twins, which felt like a bigger clue than his t-shirt that read “Purrrr.”

Raccoon is axed on ‘The Masked Singer,’ after Wildcard Orca makes a splash

Yeti, the last wildcard, is uncaged

Clues: Yeti, who held firewood in his clue package, revealed he was raised by “a village of royal women.” The clip also highlighted fruit, jelly and cupcakes.

On stage, Yeti showcased his vocals with New Edition’s “If It Isn’t Love.” His shirt said made reference to the Greek goddess Aphrodite.

At the end of the show, Orca was put out to sea.

Before his unmasking, the panel’s first impression guesses of the star’s identity were revealed and their final guesses submitted. McCarthy nixed Foo Fighters’ Dave Grohl for surfer Kelly Slater. Scherzinger also initially thought of Grohl and decided to stick with that instinct. Thicke also held on to his initial guess: Armstrong. Jeong liked that hunch as well and traded out singer Jon Bon Jovi for Armstrong. 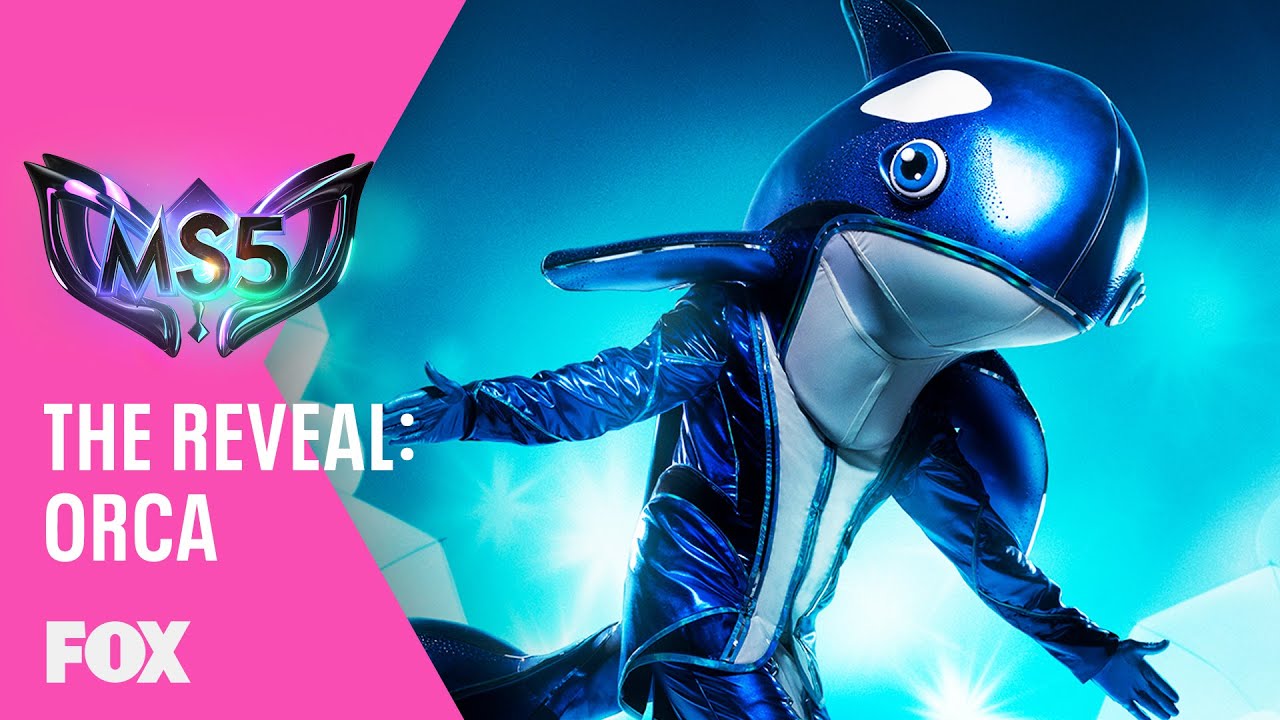 Orca turned out to be lead singer of the rock band Sugar Ray, Mark McGrath.

“I can’t believe I didn’t get that!” said Scherzinger

Orca shared how the guesses flattered him. “Dave Grohl? Bon Jovi?” he said. “My head is still as big as Orca is right now.”

“You came out kicking butt, man,” Thicke complimented. “That first performance was electrifying. So congratulations!”

Episodes of “The Masked Singer” can be viewed on Fox’s website.

‘The Voice’:Nick Jonas calls himself an ‘idiot’ for Battle pairing after ‘dead even tie’

In California: State says vaccinated people must wear masks until June 15, even at national retailers

Cyclone Tauktae: 200,000 evacuated in India state as worst cyclone for...