Barbadian singer Shontelle is mounting a musical comeback and using NFTs to connect directly with music fans – and with followers of the hot digital collectible trend.

The 35-year-old performer, perhaps best known for the platinum single “Impossible” from her 2010 album “No Gravity,” hopes to be the first Black woman musician to issue her own high-tech collectibles – including a one-of-a-kind single with blockchain-verified authenticity.

Her recording contract having expired, Shontelle wants her music re-emergence to inspire artists about using technology to exert ownership of their own work.

“It’s a good way for you to bridge the gap between the music world and this new technology of earning, to empower people,” says the singer, born Shontelle Layne in Saint James, Barbados. “I like to be able to use my music or the fact that people know me through my music … so I can teach them things.”

Google Maps:Do you get lost at the airport or the mall? Google Maps will help you find your way

A growing wave of NFTs

NFTs (“non-fungible tokens”) have become the rage in business and culture. These digital certificates of ownership are recorded on distributed ledgers or blockchains. They have been issued to certify a piece of digital art, which brought almost $70 million at auction, and for Twitter CEO Jack Dorsey’s first tweet, purchased for more than $2.9 million. Also among the first NFT hits: NBA Top Shots, short highlight videos, some selling for thousands including a Lebron James dunk that fetched $208,000.

Video game maker Atari is auctioning through Friday its first NFTs, including a restored Centipede video game cabinet, with a digital token bearing the autograph of game co-creator Dona Bailey, and a 3D NFT of the original Pong cabinet with the autograph of designer Al Alcorn.

Musicians have begun to embrace NFTs. Earlier this month, Kings of Leon released their most recent album “When You See Yourself,” as an NFT (for $50 you get the token, a specially-made vinyl album and a digital download).

Lindsay Lohan is auctioning off an NFT of her new song “Lullaby,” a collaboration with DJ Manuel Riva, on the fledgling Fanforever platform, which promises other artists including Swae Lee, Tyga, Ne-Yo, and Soulja Boy will join its roster. Current bid: more than $32,000.

Last week, Snoop Dogg tweeted out his NFT interest and, also on Twitter, The Weeknd said he had a “new song living in NFT space. coming soon…”

Record labels are already getting into NFTs, too. Death Row Records just announced the availability of three 30th anniversary medallion necklaces, priced at $30,030, each with a 3D file of the medallion and exclusive audio of the Nate Dogg song, “Nobody Does It Better.”

How musicians, artists and labels use NFTs will evolve, says Shelly Palmer, CEO of The Palmer Group, a consulting practice that helps Fortune 500 companies with technology, media and marketing.

“But for now, this is a way to grab a piece of a celebrity and a unique way for artists to collect money directly from fans,” said Palmer, who is working on NFT plans for several clients.

Because “smart contracts” can be built into NFTs, artists can “continue to collect money on a royalty basis going forward,” he said. “This may not be the best use case for NFT, but everyone is trying to figure it out right now. We will see how long it lasts.”

Sounding off a new musical start

Independent artists have faced tough times during the pandemic, being unable to tour and sell merchandise, Shontelle says. “It’s not really the music sales that we make money from; it’s touring, it’s selling merch, all of that,” she said. “I align NFTs with selling merch.”

The highest bidder in her online auction, which runs April 8-11, wins an NFT that can be redeemed for several exclusive items, including a cameo in the video for Shontelle’s soon-to-be-released song “House Party” and their name included in the lyrics of a special version of the song. It will be recorded on a more rare than standard vinyl disc called a “dubplate,” a tradition in Caribbean music in which a DJ commissions an artist to dub the DJ’s name into a remake of the song.

That winning bidder and the next two highest bidders will get signed cover art with their likenesses inserted, as well as exclusive unreleased merchandise. Bidders who land spots 4-11 will get signed copies of the single and online access to unreleased music (something the top bidders also get).

With interest in NFTs at a frenzy, Shontelle hopes to draw bidders from beyond her fans. Her status as one of, if not the first, Black woman musician to issue her own NFT offerings could attract bidders. “Someone might see so much value in that alone, but they might also genuinely be a fan and want to collect this unique artwork only three people can get,” she said.

The auction will also serve as the launch of Owens.Market, an NFT hub for artists, athletes, celebrities and brands.

NFTs are something that would have been appreciated by an artist such as Prince, who famously wrote the word “slave” on his face to call out what he considered overreaching record label authority, says Niko Mavris, co-founder and general counsel for Blockument Inc., the parent company of Owens.Market.

Through the NFT hub, artists can have a direct connection with fans and ownership over their creations. “These are the things which record labels monetize and artists never get the benefit,” Mavris said. “In this case, the artist will get the benefit of her brand for her name, which they have never owned.”

Mavris connected with Shontelle through Dae, the founder of Barbados-based creative development firm House of Dae, who has teamed with Shontelle on her resurgence. Shontelle had not released a third album, but she was a co-writer on the single “Man Down,” on Rihanna’s 2011 album “Loud,” which earned a top album Grammy nomination in 2012.

Since then, the singer has been focusing on the Caribbean music industry, including writing a trio of songs for Machel Montano, the “King of Soca,” a music genre known as “the soul of the calypso.” She has also performed in Dubai and Southeast Asia.

Marvis and Blockument “got it and they got the significance of the message we were trying to get across,” Dae said. “That it was not just about the technology and not just about artists, but generally people feeling somehow oppressed.”

For Shontelle, the experience of having a recording contract was akin to slavery, she says. Now emancipated, Shontelle says she will never sign “a major record deal ever in my life.”

A guide to NFTs:What are they, and why did someone spend $69 million for one?

Should you invest in NFTs right now?:There’s no limit to how much a meme costs 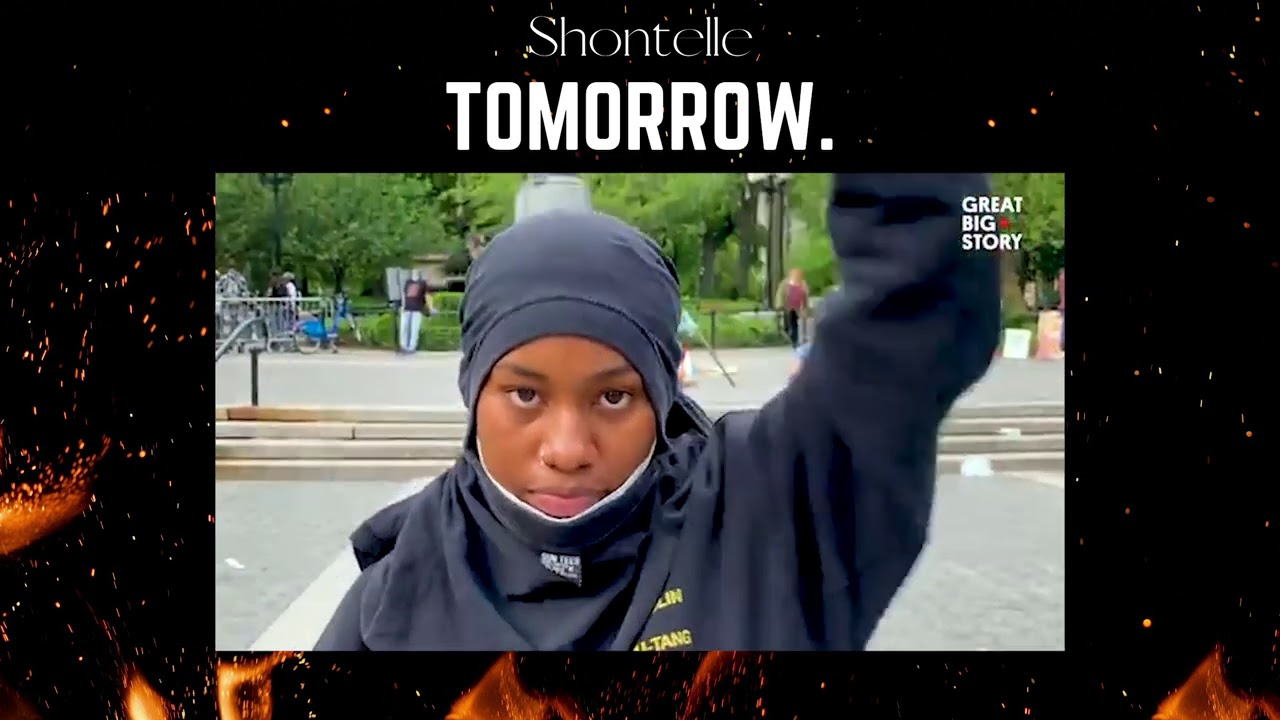 Shontelle has several songs to release in the months ahead. Her most recent, “Tomorrow,” released in February, is executive produced by House of Dae with Dae providing background vocals and created art used in the video, which includes footage of the death of George Floyd and the resultant summer 2020 protests.

While “Tomorrow” addresses those tensions, “when you listen to this song, whatever it is that is going on in the world you are going to hear the lyrics of that song and literally apply it,” said Shontelle, who conjured up the freestyled lyrics. “Because at the end of the day it just speaks to people’s suffering and people’s dealing with situations that are unfair and feeling disturbed and concerned about, if today is like this what am I looking forward to?”

Rather than reflect the R&B pop feel of much of her earlier music, the vibe of the song reflects the Caribbean-flavored Soca and Afrobeats she has immersed herself in recently.

Having beaten the odds and followed fellow Barbadian Rihanna to musical success, “I feel like I am the poster child for ‘You can do it’,” she said. “Just follow me (and) you won’t be relying so much on ‘the man’.”

'I can't believe it': Blake Shelton has an edge going into 'Voice' finale after shocking reveal

'I can't believe it': Blake Shelton has an edge going into...