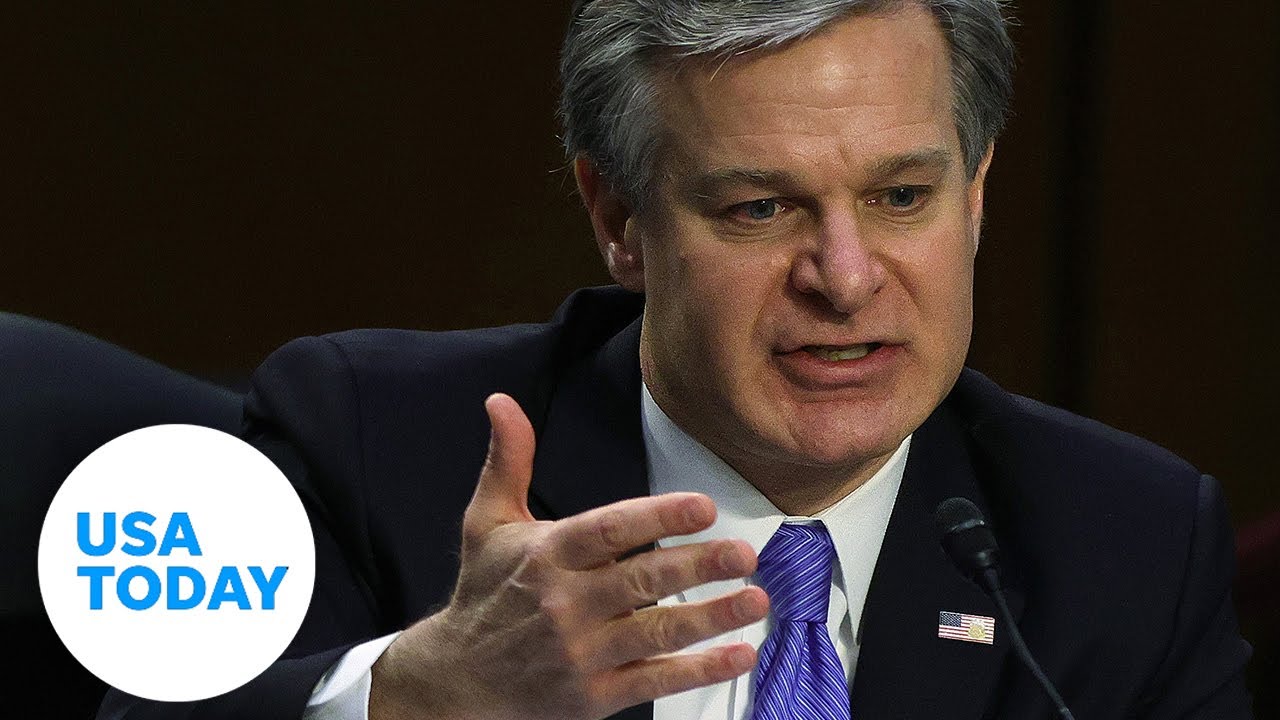 FBI Director Christopher Wray on Tuesday described an ominous warning the night before the Capitol riots about the prospect for extreme violence as “raw, unverified uncorroborated information” — but claimed that the bureau’s report was shared extensively with Capitol police and other authorities.

Wray said the report, which concluded that extremists were “preparing for war,” was provided to authorities at the command level, distributed to its local Joint Terrorism Task network and also posted on a national electronic portal for review by law enforcement authorities across the country.

The FBI director’s testimony before a Senate panel comes nearly a week after former U.S. Capitol Police chief Steven Sund told a separate Senate investigating committee that the intelligence never made it to him and others before the attack that left five dead, including Capitol police officer Brian Sicknick.

Sund acknowledged that the bulletin landed at the Capitol police agency’s intelligence unit but was never forwarded.

More:U.S. Capitol riot: Top officials say they did not see FBI warning of calls for violence

Wray’s testimony comes six months after he offered a now-prescient warning of the threat posed by domestic extremists.

The director returned to the Senate Tuesday where he described that the Capitol assault involved some of the very classes of extremists he warned about in September.

In opening Tuesday’s hearing, Senate Judiciary Committee Chairman Richard Durbin, D-Ill., declared that the “federal government has failed to address the growing terrorist menace in our own backyard.”

“It was only after Black Lives Matter activists protested last summer against police misconduct that the (Trump) administration found the need to establish a task force to address anti-government extremists,” Durbin said.

“We need to be abundantly clear that white supremacists and other far-right extremists are the most significant domestic terrorism threat facing the United States today,” Durbin said. “I hope that everyone in this room can look at the facts and acknowledge this, and that we can come together on a bipartisan basis to defeat this threat.”

Domestic right-wing extremists were responsible for almost 70% of terrorist attacks and plots in the U.S. in 2020, according to  the Center for Strategic and International Studies, a Washington-based think tank.

Last week, federal officials said the threat to the Biden administration persists, saying that authorities are “very closely” monitoring the run-up to the president’s address to a joint session of Congress.

The assessment, provided in a domestic terror briefing, followed a separate warning by acting U.S. Capitol Yogananda Pittman, who told lawmakers that “militia groups” that took part in the Jan. 6 attack are seeking to “blow up the Capitol,” possibly targeting President Joe Biden’s address.

In the coming weeks, Biden is expected to give his first formal address to Congress – similar to a State of the Union address. The date of the speech has not yet been scheduled.

“We have been worried that domestic violent extremists would react, not only to the results of an election that they may not see as favorable but the transition of a government that they may question,” a senior federal official said.

Wray’s testimony comes as a separate joint committee of the Senate continues its investigation of the Jan. 6 attack and law enforcement’s failed effort to anticipate it and repel the riots.

Since the Jan. 6 attack, the FBI has been leading a far-reaching criminal investigation that so far has resulted in charges against more than 300 suspects and the arrests of at least 280 others.

Under Wray’s direction, the bureau has been examining tens of thousands of digital images leading to the identification of suspected rioters while appealing for the public’s help to identify suspects who were involved in planting pipe bombs at the headquarters of both the Republican and Democratic national committees.

Investigators believe the live explosives were delivered to the locations between 7:30 and 8:30 p.m., the evening before the attack.

In January, the FBI released images of a unidentified suspect dressed in a gray hoodie and carrying a backpack.  Prominently featured in the FBI’s appeal included the suspect’s footwear, described as Nike Air Max Speed Turf shoes in yellow, black and gray.

Protests erupt after death of Daunte Wright, 20-year-old Black man shot by police during traffic stop: What we know

Can you eat inside shopping centres? Coronavirus restrictions to affect shoppers

Sadiq Khan fury: TfL's finances 'on a knife-edge' as London under...

Moment Australian comedian jokes about Prince Philip's death – then is...