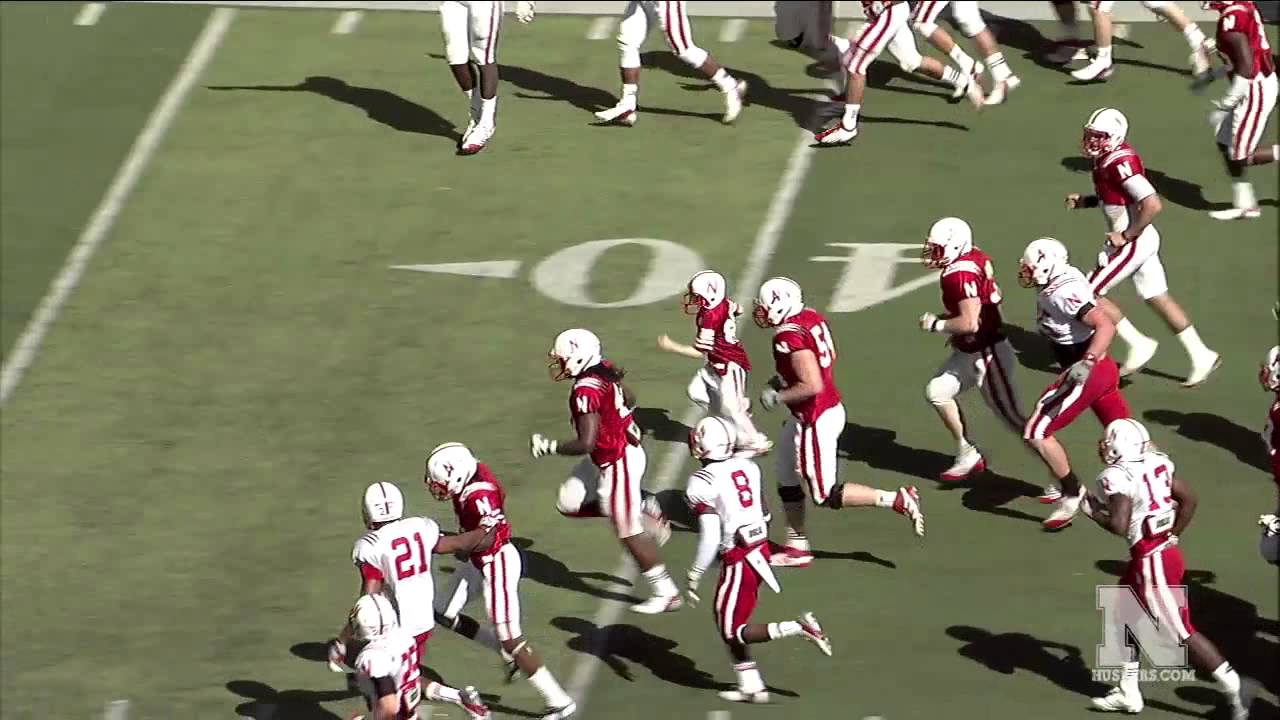 On Monday, his father, Andy, succumbed to his own battle with cancer.

The Team Jack Foundation that Andy Hoffman started to raise money for pediatric brain cancer research announced that Andy died Monday from Glioblastoma, an aggressive brain cancer. He was 42.

“We are deeply saddened to share that our co-founder, @andrewjhoffman, passed away this morning from glioblastoma,” the foundation said on Twitter. “Andy was our fearless leader who loved his family with all his heart. Andy, we love you & we promise to honor your legacy by fighting harder than ever for kids.”

Andy Hoffman started The Team Jack Foundation after Jack was diagnosed with the disease in 2011.

The Hoffman family are Nebraska fans, and Jack was on a break from his chemotherapy treatment when he entered the 2013 Red-White Spring Game wearing a red No. 22 Cornhuskers jersey. On fourth-and-1 from the 31-yard line, Jack ran the ball into the end zone in front of more than 60,000 fans.

Andy was diagnosed with brain cancer last summer and underwent treatment at the Mayo Clinic in Rochester, Minnesota. He contracted COVID-19 in February and was unable to continue chemotherapy treatments. His wife, Bri, wrote last week in a post on the Team Jack website that Andy’s neurological symptoms were worsening.

Jack is now a 15-year-old high school freshman and his cancer is in remission.

The Associated Press contributed to this report.

Biden to lift Trump-era refugee cap in May amid pushback from Democrats, advocates

Evolution of a city's account of a killing: How Chicago's narrative changed in the fatal police shooting of Adam Toledo

Daily horoscope for April 17: Your star sign reading, astrology and...

'Obese' Trump has 'lost a lot of weight' since leaving White...