For two decades, the Mississippi-born singer, who got her start on “The All-New Mickey Mouse Club House,” built and maintained a remarkable career in the entertainment industry: nine studio albums, five No. 1 hits on the Billboard Hot 100 chart, a star on the Hollywood Walk of Fame and a wildly successful Las Vegas residency.

Now, the pop star is embroiled in an ongoing conservatorship controversy, which she recently called “abusive” when addressing the court at a June 23 hearing during an emotional 20-minute speech. Spears’ longtime manager, Larry Rudolph, also reportedly announced his resignation in a letter to her conservators, citing the star’s intent to “officially retire” from music.

“Look I’m not gonna be performing on any stages anytime soon with my dad handling what I wear, say, do, or think!!!! I’ve done that for the past 13 years,” she wrote in a July 18 Instagram post. “I’m not gonna put on heavy makeup and try try try on stage again and not be able to do the real deal with remixes of my songs for years and begging to put my new music in my show for MY fans … so I quit !!!”

Will Spears ever perform on stage again? Questions about her career still linger, but if she does, her loyal fans surely will be there. Here’s a look back at her most iconic career moments, from “Baby One More Time” to “Piece of Me.”

The single “…Baby One More Time” and its schoolgirl-themed video catapulted the then-17-year-old into instant stardom in 1999. The knee-high boots, black skirt, a white button-down shirt tied to show your midsection, a gray cardigan and, of course, braided pigtails adorned with pink pom-poms became a much-copied look that Halloween and for years to come.

The album also brought hits like “Crazy,” “Sometimes” and “I Will Be There.” “…Baby One More Time” remains her biggest hit ever, spending 32 weeks on the Billboard Hot 100 chart and becoming the epitome of pop music.

Two years later, on Jan. 28, 2001, Spears took to one of the biggest stages alongside major star power to perform at the Super Bowl halftime show, joining NSYNC (which included her then-boyfriend Justin Timberlake), Aerosmith, Mary J. Blige and Nelly.

The show started with a back-and-forth between the boy band and the rock band. NSYNC coordinated their signature dance moves to “Bye Bye Bye” and “It’s Gonna Be Me” while Aerosmith slung their electric guitars to “I Don’t Wanna Miss A Thing” and “Jaded.”

Spears hit the scene for “Walk This Way” in a jersey-style midriff top and matching low-cut flare-leg pants while she sang verses from Aerosmith’s 1975 song, though she didn’t get to sing any of her own hits.

Who played in the game? Who won? Who cares! This halftime show was one for the books.

Months later, Britney made a sssstatement at the 2001 MTV Video Music Awards with her daring performance of “I’m a Slave 4 U,” where she danced and sang with a white python draped around her neck.

Her performance of “Slave 4 U,” from Spears’ self-titled third album, was the third time she performed at the VMAs, previously hitting the stage in 1999 and 2000.

The snake was memorable, but her performance at the 2003 VMAs really turned up the heat.

Spears famously locked lips with Madonna before the “Vogue” singer turned to kiss Aguilera during the trio’s performance of “Like a Virgin” and “Hollywood.” The set ended with Missy Elliot powering her way to the stage to rap some verses from her song “Work it.”

The King and Queen of Pop: Spears duets with Michael Jackson

The King (and then-newly-minted Queen) of Pop joined on stage for an unforgettable performance of Michael Jackson’s 1987 song “The Way You Make Me Feel” at Jackson’s 30th Anniversary Special in New York’s Madison Square Garden in 2001.

In an interview after the show, Spears called the experience “very cool.”

“It wasn’t until afterward that I realized what happened, that I just performed with Michael Jackson,” she said. “It was very cool. It’s something i’ll be able to tell my kids.”

The pop stars were apparently fans of each other. After Jackson’s death in 2009, Spears mourned his loss in a statement to MTV: “He has been an inspiration throughout my entire life and I’m devastated he’s gone!”

Spears snagged herself a movie deal in the 2002 film “Crossroads.” She starred as Lucy alongside childhood best friends, Kit (Zoe Saldana) and Mimi (Taryn Manning), and her love interest Ben (Anson Mount), as the foursome treks across the country.

When the car breaks down (as expected), the girls have the idea to perform at a karaoke bar to earn tips to fix the car. When Mimi gets stage fright, Lucy steps in and steals the show with her cover of Joan Jett hit “I Love Rock N’ Roll,” featured on her third studio album.

It was a low-budget film, an estimated $12 million according to IMDb, and didn’t land with critics, but with Spears on the screen, it still managed to gross $61.1 million worldwide. 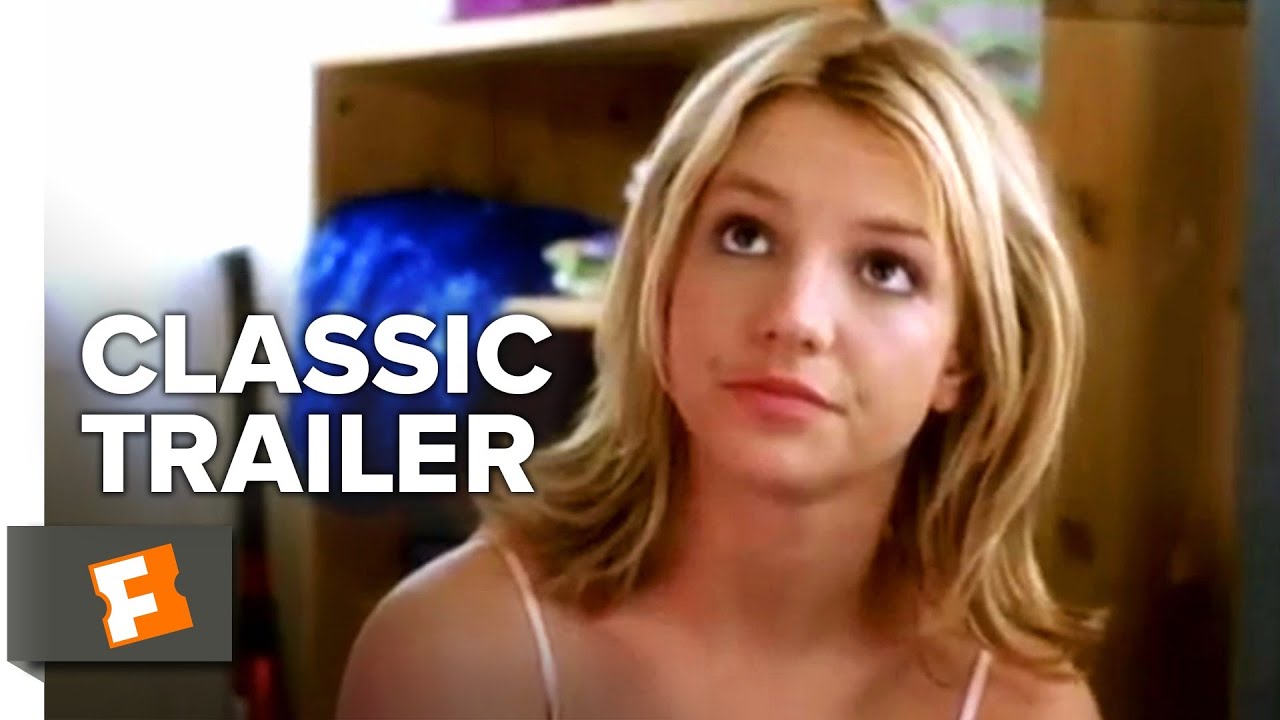 Five years and four albums into her whirlwind career, Spears finally earned a Grammy. And it remains the only one she’s ever won.

After six nominations, including being nominated for best new artist in 1999, Spears won her first Grammy in 2004 for best dance recording for “Toxic.” The song from her fourth album, “In The Zone,” spent 20 weeks on the Billboard charts and peaked at No. 9. She embarked on her “The Onyx Hotel Tour” that same year.

However, the next four years would be more troublesome for Spears. She married and divorced Kevin Federline, with whom she shares two sons, and mental health struggles led the star to be placed under legal guardianship, stripping her of total control of her finances and other important life decisions. The conservatorship was put in place in 2008 and court hearings around its status are ongoing.

Spears slowly worked to bring back her career.

She hit the VMAs stage in a black glittery bikini in 2007 for a comeback performance of “Gimme More,” from that year’s “Blackout” album. The performance was considered a flop at the time, but the following year, looking happier and healthier, she accepted her very first Moonman trophy – and two more – for her hit “Piece of Me.”

Her next record, 2008’s “Circus” would earn Spears her fifth No. 1 album on The Billboard 200, selling more than 500,000 copies. During that time, she also embarked on a successful world tour “The Circus Starring Britney Spears.”

But Spears biggest comeback of all was her Las Vegas residency. In December 2013, Spears launched a well-received two-year residency at Planet Hollywood Resort & Casino in Las Vegas. The show, “Britney: Piece of Me,” was so popular, her contract was extended for another two years.

Spears was set take on a new Vegas residency “Britney: Domination” in 2019 but never did, announcing on Jan. 4, 2019, she was canceling the residency due to her father’s poor health at the time. She has been on a work hiatus since then.

Unthinkable sadness: One month after Surfside, families grieve for victims of condo collapse

Teen hit in the face by seagull while on amusement park...

Joe Biden blunder: US President claims you won't get Covid if...

Performance cookies are used to understand and analyze the key performance indexes of the website which helps in delivering a better user experience for the visitors.

Analytical cookies are used to understand how visitors interact with the website. These cookies help provide information on metrics the number of visitors, bounce rate, traffic source, etc.

Advertisement cookies are used to provide visitors with relevant ads and marketing campaigns. These cookies track visitors across websites and collect information to provide customized ads.

Other uncategorized cookies are those that are being analyzed and have not been classified into a category as yet.