Hall of Fame golfer Annika Sorenstam has no regrets about accepting the Presidential Medal of Freedom, despite the ceremony taking place just one day after the Jan. 6 riot at the U.S. Capitol.

“I think that putting energy on things that I can’t really control has not been my thing. And it’s time to move on,” she told interviewer Graham Bensinger in a video Bensinger posted to YouTube on Thursday. “Second-guessing, it’s just not part of my nature.”

Sorenstam and fellow honoree Gary Player were widely criticized for taking part in the White House event with President Donald Trump — so soon after the riots, which resulted in five deaths.

Following the ceremony, which was otherwise closed to the media, Sorenstam spoke with Bensinger about her decision.

“I think we’re all just very sad to see — nobody wants to see violence, nobody wants to see chaos. I think it’s a tragedy,” she said. “But I’m hoping for a better day. We woke up this morning and it was quiet. The streets were empty. And this was planned. And here we are.” 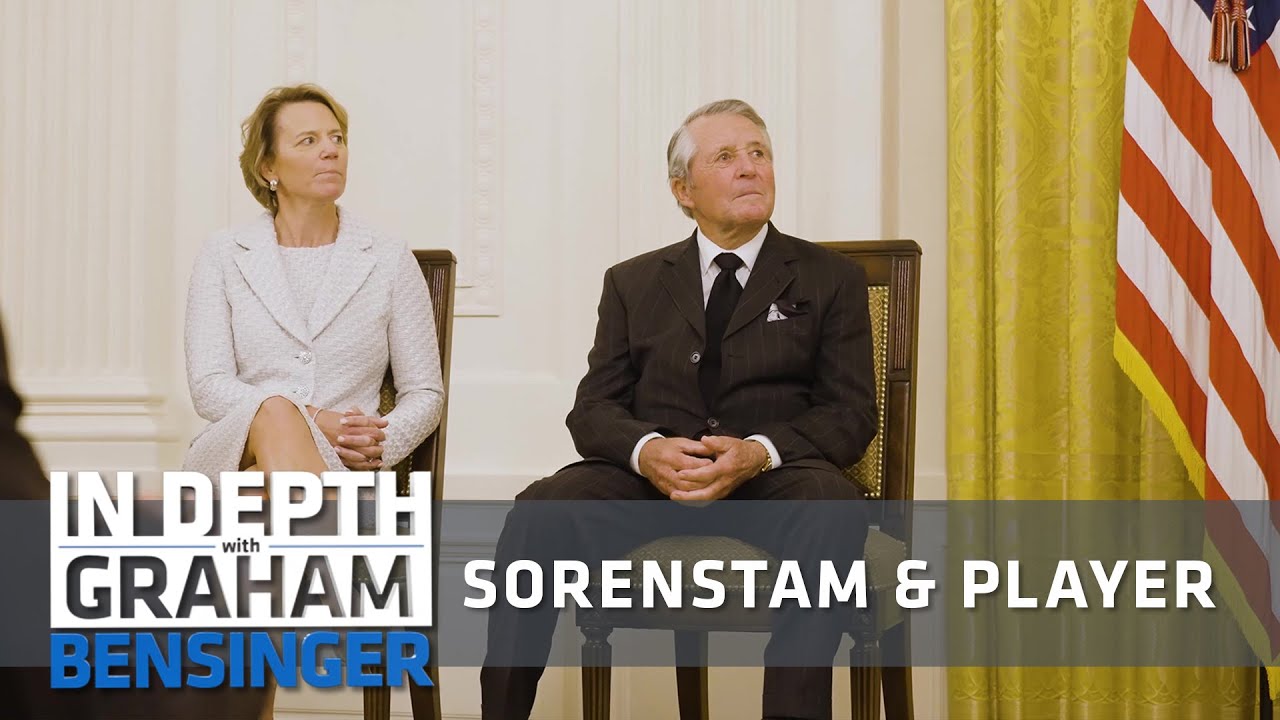 Sorenstam and Player have been friends and occasional golf partners with Trump for many years.

Sorenstam’s husband, Mike McGee, told Bensinger there was never any question about whether to attend.

“We respect the office of the president, no matter who’s in office. She was going to accept the award, always, no matter who it was from,” McGee said. “We had no idea what was going on. We started corresponding, seeing some stuff on social media, and it was crazy — but, I mean, our guests were already here. We were already en route.”

Since receiving the award, Sorenstam said she has received “quite a bit of positive feedback from friends and family,” but acknowledged others have expressed “not-so-positive” comments.

“The negativity is not necessarily my achievements, but the timing,” she said.

“Here we are a month later, I don’t look back. I’m focusing on the future. I look at this award and I’m part of a group that made this world a better place.”

Sorenstam, who, at age 50, played her first LPGA tournament since 2008, made the cut at the Gainbridge LPGA but finished at 13 over, last among those to make the cut.

101 biggest NFL draft busts in history: Which gaffes stand out the most?

101 biggest NFL draft busts in history: Which gaffes stand out...

Hundreds queue for final Debenhams sales before 97 stores close for...

Eurostar's panic mode as UK told not to fall for 'cheeky'...

The new awkward question of our time – and how to...